Apple is primarily popular for their smarthphone iPhone. It is used by millions of people around the world though it is much more expensive than any other smartphone in the market. Now one might ask why iPhone is such a costly item. Well, there are numerous reasons for Apple’s smartphones to cost so high.

How secure iPhone is?

When compared with Android phones, the operating system iOS from Apple has been always regarded as more secure because it is a closed system. App developers don’t get Apple’s source code. Moreover, users of the iPhone are not allowed to modify the code on iPads and iPhones. Hence, this leads to hackers having difficulty to hack in a device as it is not at all easy to find any vulnerability on such iOS devices. Have a look at security and more in detail!

The central aspect of iOS is system security. It leads to having software, as well as hardware, integrated securely with one another which makes it quite secure and reliable. Hence, it can be stated that Apple’s products are quite highly secure.

Now coming to booting process; this operating software uses “secure boot chain” mechanism which makes sure that no software is compromised. In addition, it also checks that whether the operating system is running on validated iOS phone, iPad, etc.

Throughout the entire process this mechanism checks whether next part is signed and validated by Apple. It moves forward only after verification of this succeeds. Furthermore, it also offers excellent protection to the data stored in a device,through 256 bit encryption.

Can Apple be hacked?

One of the biggest questions which come to mind of people before buying an iPhone is that whether one can hack it. Truthfully speaking, any phone, tablets, and computers can be hacked by a proficient hacker if he/she have enough time and resources at his/her disposal. Hence, Apple is not immune from that.

Though Apple products can be hacked, there is no need to worry about it at all. Apple products with operating systemiOS,is far more secure than any other OS in the market. As long as people take sufficient precautions most hackers will find it difficult to break into one’s Apple products.

Why is iPhone expensive than Android?

Now coming to the biggest question of all; why is iPhone so much costlier than most Android devices? The answer is quite simple on this one just take a look at the points below:

So, this is why the iPhone is always costlier than Android phones. However, this doesn’t mean that Android phones such as Xiaomi smartphones and others are not good enough for using!

Previous article Is Xiaomi a Trusted and Reliable Smartphone Brand?

Next article Oppo Vs Vivo, which is better? 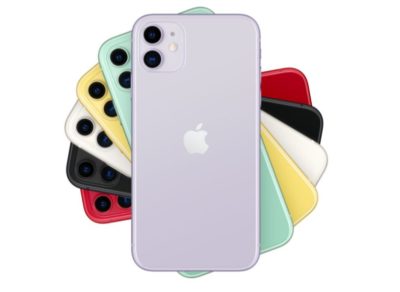 Why are iPhones so Expensive in India Compared to the USA?