Apple’s iPhones are one of the most sought after smartphones worldwide. The iPhones seems to be costlier than most smartphones available in the market. Though another smartphone brand seems to provide phones at a low cost, it seems in India iPhone’s cost is more than at what price it is sold in the USA.

However, the essential question which people want to know is why iPhones are expensive in India when compared with USA prices. There are numerous reasons for it, which you will know as you go through this article.

Not having manufacturing plants in India

One of the primary reasons as to why iPhones prices are costlier in India than the USA is because Apple doesn’t have a manufacturing plant in India. It aids in rising cost of the device, which is why people pay more for iPhone in India than from USA.

Moreover, the number of iPhone users is lesser in India than the Android, which is why Apple has no notion of developing a plant here anytime soon. Hence, Indian users have to pay more for the iPhone than what USA consumers need to for getting a new iPhone.

The current task structure GST makes it difficult for companies like Apple to offer their device at a low price. Though this tax structure didn’t increase mobile phones tax rate, it did increase accessories’ rate to 18% or 28%, which makes the entire aspect of owning an Apple iPhone costlier. Though this doesn’t directly affect iPhone’s cost, people eventually have to end up paying more in the process.

Customs duty is calculated on a product’s total price along with handling and shipping charges. Moreover, boxed accessories were taxed separately, which came to paying more than paying custom duty for this smartphone.

Moreover, India’s currency is quite weaker, which is another reason for people feeling the pinch in their pocket.

Indian market is massive due to purchasing power and population. It is the reason for smartphone companies like Samsung, Google, etc. wants to sell their products in it. Hence, marketing strategies involve an aggressive approach to do better than competing companies.

Thus, buying full-page advertisements in a national newspaper to creating advertisements for TV; all requires ample cost. This cost is carried by consumers, and Apple is no different than the rest. Moreover, it entered this market for flagship devices; however, it’s not close to joiningthe mid-range section, which numerous other phone manufactures have it in their grasp.

Thus, all these make the cost of the iPhone much higher in India than it is in the USA. Now let’s check out some common questions people have in their minds!

Can we buy an iPhone in USA and use it in India?

Technically the answer is yes. However, the phone has to be factory unlocked and only then it can work in India without much hassle. Moreover, Apple is now providing an international warranty for its devices. Hence, people buying a device in USA will have a warranty in India for a year.

Will iPhones get cheaper in India?

Yes,it can get cheaper in India as Apple is set to manufacture several components here. Also, there are talks about setting up a plant in this country. If these things happen, then yes iPhones will get much cheaper in India.

Apple is one of the trusted smartphone brands and though now it costs more money to buy one in India than in the USA, the plans if work out and if the company starts manufacturing parts here, it is bound to get cheaper in the near future.

Why Apple’s iPhone is Expensive? 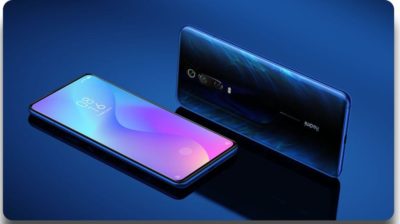 Is Xiaomi a Trusted and Reliable Smartphone Brand?